4 Trends and Developments in Dynamic Sensing

From ICP to Digital Sensors 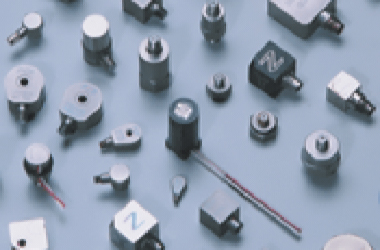 The overwhelming tide of the last 50 years has been toward the simplification of dynamic sensors and measurement systems.  The simplification of operation has reduced cost and improved reliability and data quality.  Today, two wire ICP® constant current operation of dynamic pressure, force, and vibration sensors is the de facto standard in the dynamic measurement community.  In all but the most extreme temperature environments, dynamic sensors with internal microelectronics provide a sealed package capable of long term installation and operation on land, sea, or in space. Driven by applications where low signal levels over long cables run in uncontrolled environments are the norm, the ICP design provides inexpensive and robust low impedance operation over ordinary twisted pair or rugged yet economical RG-58/U coaxial cabling.

While much of the initial momentum for simplified operation was driven by vibration applications, ICP operation in acoustics has also become common.  The industry has embraced both ½ inch and ¼ inch ICP preamplifiers that operate with precision measurement grade prepolarized microphone capsules.  This pairing provides the frequency and dynamic range of traditional condenser microphone measurement channels at less than half the per channel cost.  Array microphones for techniques such as Beamforming or Near-field Acoustic Holography (NAH) and uniquely packaged surface mount microphones have benefited from the low cost and compact ICP design.  Even extremely quiet environments - as low as 5.5 dBA - are met with a new class of  low noise ½ inch prepolarized microphone and ICP preamplifier.

One early expansion of the ICP ecosystem was the ICP dynamic strain sensor which, when used for measuring dynamic changes in strain, is orders of magnitude more sensitive than an ordinary bonded foil strain gauge.  Another expansion of constant current power includes new sensor types like the popular ICP Laser Tachometer which can now support continuous (non-sampled) operation from a standard 2 mA constant current source.  Practically, the use of ICP Laser Tachometers now allows for multiples of rotational speed inputs into a large channel dynamic signal analyzer.  This has resulted in advanced resolution of closely spaced orders as described in the work of Dr. Jason Blough of Michigan Technological University. Other sensor types, such as MEMS resistive shock sensors, have also been developed with a built-in microelectronic amplifier to power/complete the resistive bridge and convert the output to 2 wire constant current operation.

Dynamic measurements are seldom routine and progress in dynamic sensing is always occurring related to environmental extremes.  Through the use of advanced piezoelectric materials, such as UHT-12, continuous high temperature (700 °C) vibration and pressure monitoring operation is possible in high temperature environments like combustion engine and gas turbine operation.  In these extreme temperatures, the sensor contains only the piezoelectric sensing element.  Signal conditioning for impedance conversion is carried out in-line, removed from the high temperature environment.  In extreme acoustic measurements such as those for engines and exhaust, a probe microphone survives environments as hot as 800 °C.  When it comes to extreme shock and blast environments, a precision crafted tourmaline sensing element provides faithful reproduction of signals up to 100,000 psi.

Available In a Variety of Infrastructure Friendly Communication Formats

As an additional dimension in dynamic sensors is the trend toward integration into continuous monitoring and prognostics.  In these applications, it is often desirable to have the sensor output in an “infrastructure friendly” format.  Essentially, the vibration signal - or a computed metric like overall RMS level, band energy, or high frequency harmonic bearing fault indicators, etc – is in a communication format native to the machine or environment.  One such example is seen with vibration sensors designed to operate in 4-20 mA current loop communications commonly found in process instrumentation for the plant environment.  In these vibration sensors, the vibration signal corresponds to a proportional current value between 4 mA and 20 mA.  In the simplest implementation, zero overall vibration outputs at 4 mA and up to 20 mA as the sensor reaches full scale output.

Becoming Prevalent In Both Wired and Wireless Operation

The first direction is for applications valuing wireless operation and long unattended battery life.  In this case, the goal is not continuous data stream but rather a  wireless power-conscious package that periodically reports vibration levels or calculated vibration metrics.  This data sent at regular intervals eliminates the need for costly, dangerous, or error prone vibration routes to be collected manually. Cabling costs and installation, the most prohibitive aspects of online vibration monitoring, are significantly decreased as a network of sensors can wirelessly communicate to a single receiver and network through a host PC.

The second direction in digital sensing is a simplified time data streaming USB digital piezoelectric accelerometer.  In this case, like the original ICP concept, embedding a few more electronics in the sensor offers much greater simplification.  First and foremost, with an internal 24 bit ADC, the output is completely digital with as little noise as possible.  A second simplifying innovation creates true plug-and-play USB operation.  The vibration sensor automatically connects and allows sampling choices, number of bits and frequency range, through a computer or any smart devices’ standard audio drivers.  Recording vibration measurements can be as easy as recording a voice memo on your cell phone!  Additionally, dozens of apps are available on every platform for uses from machine vibration severity to traditional spectrum analysis.  In addition to a new standard in ease-of-use, USB Digital operation can also enable new capabilities… like an  18 mile cable run!

The next wave of digital dynamic sensors will likely continue to provide infrastructure\\friendly communication via establish protocols and/or certified wavelengths. We’ll begin to see, however, synchronized sampling across the network.  Potential embodiments include multichannel nodes leveraging multichannel ADC’s with an enhanced Ethernet network backbone to allow for synchronization.

Dynamic sensor applications continue to grow and flourish after more than a half century.  Analog dynamic ICP sensors are still the staple of the industry, serving both reliably and cost effectively.  A new branch of the dynamic sensing tree is emerging in digital dynamic sensors.  These turnkey, infrastructure-friendly sensors simplify the design of smart products and processes, while providing new values and operating efficiencies. A key point to remember is that traditional data acquisition (DAQ) is NOT likely to go away as digital sensor manufacturing grows.  There are many applications where operation via the  hub-and-spoke topology of a traditional DAQ makes sense. Most DAQ systems now also benefit from having both line powered, computationally intensive resources and upgradable processing paths.  It is likely, however, that the simplicity, falling prices, and distributed nature of digital sensors will find their way into new applications just as you've seen the “App” explosion in the smartphone world.  They create new value that was previously unobtainable or even unfathomable.