The Larson Davis HVM200 is a small, rugged, 3 channel human vibration meter with built in Wi-Fi that can be used to measure hand-arm, whole body and general vibration (in accordance with ISO 2631, 5349, and 8041 standards). Its expanded capability from the HVM100 allows for 1/1 and 1/3 octave measurements and the ability to record raw sampled time domain data in one small package utilizing a removable (up to) 32 GB micro SD memory card. The HVM200 is controlled through a computer interface with the G4 Utility Software and/or a smartphone using the LD Atlas app via a Wi-Fi connection (free download from the Apple App Store or Google play). The HVM200 also has the ability to read calibration data from TEDS-equipped sensors for even quicker test set up. 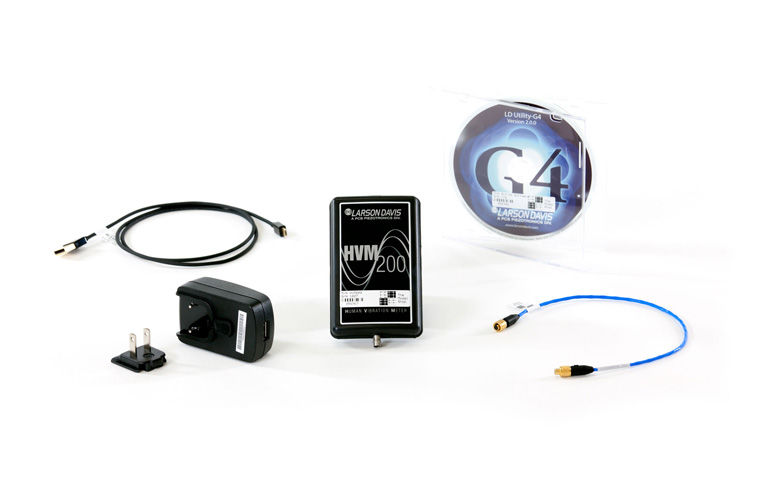 The Complimentary HVM Accessory bundle is included with every HVM kit at no additional charge. Please contact The Modal Shop for any additional needs.

The following table overviews the common sensors used with the HVM100 or HVM200 Human Vibration Meters.  Additional sensors can be used with the HVM as well. See the  uniaxial and  triaxial accelerometer pages for more information.

The following table overviews the hand-arm HVM adaptors and notes the sensor they are used with from the sensor overview table table above.  The appropriate adaptors will be included with the KHVM-ACC kit as noted above. 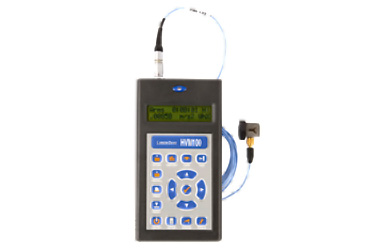 (Discontinued) The Larson Davis HVM100 features three accelerometer input channels, a vector sum data channel, and a variety of weighting and band limiting filters (in accordance with ISO 2631, 5349, and 8041 standards). It can be specified as a complete measurement system from accelerometers to reporting software and has been recognized around the world as a convenient tool for gathering exposure data in the field or making reference condition measurements in the engineering laboratory.