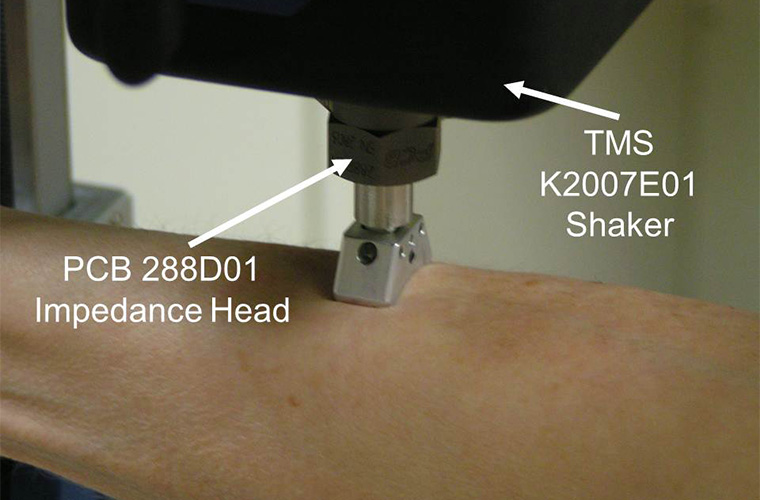 Ohio University's Department of Biological Sciences is using an electrodynamic shaker on human beings. Lyn Bowman, Research Assistant Professor under Professor of Biological Sciences Anne Loucks, explains that his department is using the shaker for Mechanical Response Tissue Analysis (MRTA), a method for measuring bone strength in humans. His research group is focusing on the ulna, the long bone on the little finger side of the forearm.

Ohio University modeled its research on an earlier technique developed in 1977 by Stanford University and the NASA Ames Research Center. MRTA makes direct functional measurements of the mechanical properties (mass, stiffness, and damping) of long, predominantly cortical, bones in humans in vivo. In MRTA data collection, bones are oriented in three-point bending while a gentle oscillatory excitation force (similar to the vibration of an electric razor) spanning a range of frequencies from 40 to 1200 Hz is applied by means of a force probe to the skin overlying a long bone, such as the ulna, for a few seconds.

"We are measuring how much force it takes to break the ulna. We start by using the shaker to create vibrations in metal and ceramic rods, as we already have the data for these. Then we move on to cadaver arms and finally live human arms. We will use the shaker to apply oscillating force to bone through the skin. Then we measure the vibration amplitude of a 1 cm² force probe that we put on the arm and directly on the piston of the shaker," says Bowman. 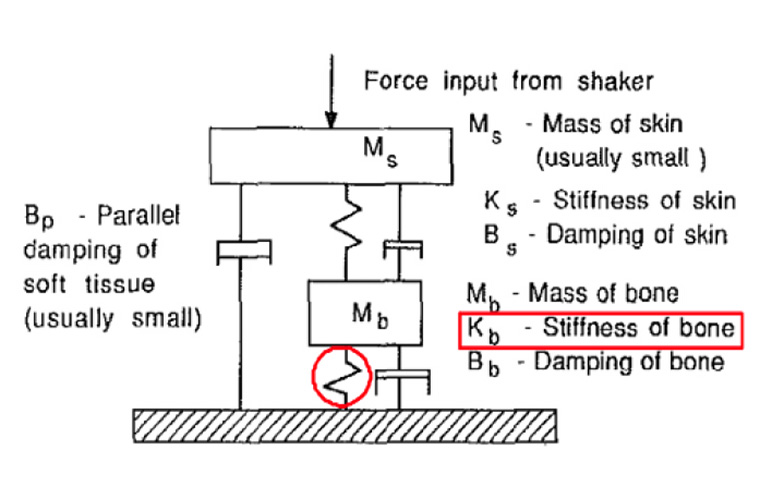 The force and resulting acceleration of the force probe (determined by the mechanical properties of the skin, the underlying bone and nearby soft tissue) are measured and the accelerance ratio (acceleration divided by force) is recorded as a complex function of frequency.

Read the full published paper on the experiment.