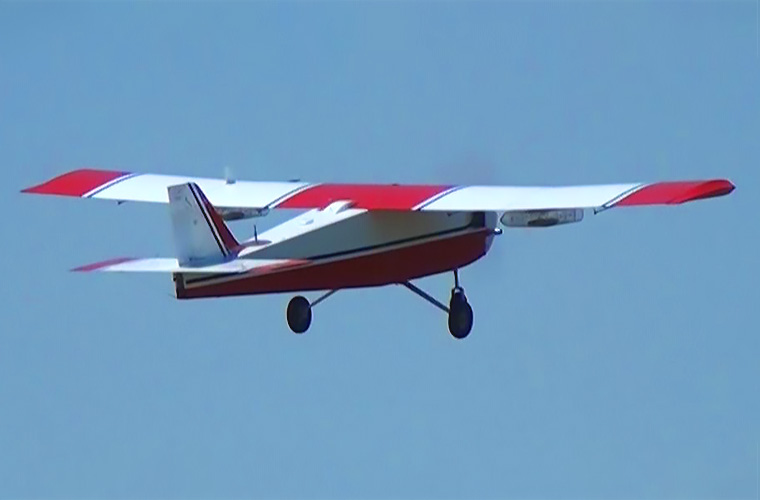 William H. Semke, professor at the University of North Dakota's School of Engineering and Mines, is currently working with a team of graduate and undergraduate students in ongoing experiments conducting modal testing on small unmanned aerial vehicles (sUAV).

These sUAVs use Automatic Dependent Surveillance-Broadcast (ADS-B) transponders to track cooperative aircraft that also have the same system. So sUAVs can then recognize each other in the sky. The problem is, this system doesn't recognize "uncooperative" objects -- meaning objects that are not sUAVs. To help with this, the University of North Dakota team has fitted its test vehicles with phased array radar systems that include an antenna to locate other objects. To avoid electro-magnetic interference from the engine, these radars need to be mounted on the wings for clear field view, but this changes the structural and flight characteristics of the aircraft. 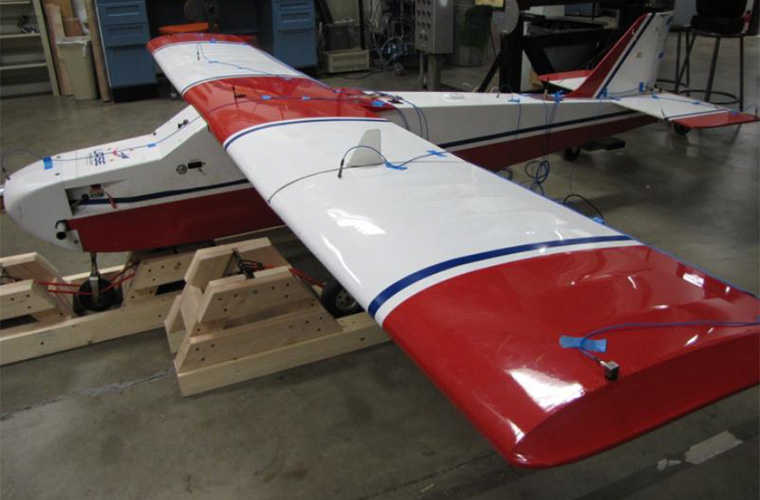 The members of the Unmanned Aircraft Systems Engineering laboratory (UASE) mount the radars in "wing pods." The pods are made entirely of polycarbonate to eliminate electromagnetic interference, and the shape of the pods result in less drag, decreasing the effect of the pods on flight performance. The payload pods mount at the intersections of the wing segments using an aluminum mounting rib that follows the contour of the wing at this location. The overall dimensions of the pods are 7.75 inches long by 11 inches wide by 2.5 inches deep and each pod can carry up to 5 pounds. The pods are often used in pairs to equalize the wing loading and provide a symmetric load on the airframe. The electrical and power connectors and wiring are run inside of the wing to keep them out of the airflow of the wing.

For the modal testing, the unmanned vehicle named Super Hauler, was isolated by suspending it on bungee cords in a test rig so that all wheels were 1.25 inches off the ground. This setup simulates free-free boundary condition. The Super Hauler was then instrumented with PCB uniaxial and triaxial accelerometers in key locations. Tests were performed with and without the wing pods installed. 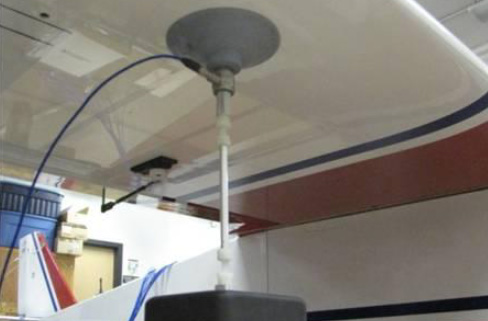 The team excited the Super Hauler using SmartShakerTM with Integrated Power Amplifier that was attached to the aircraft using a suction cup. A load cell was attached in line with the shaker's stinger to measure input force. The aircraft was excited at several different locations, all in the Z direction.

The accelerometers and excitation devices were routed to a National Instruments cDAQ-9718 data acquisition board that was connected directly to a computer. Data capture and analysis was performed using ModalVIEW software. The SmartShaker was activated so that the Super Hauler was excited randomly and ModalVIEW recorded the accelerometer data. This was repeated at each excitation location and the process was rerun.