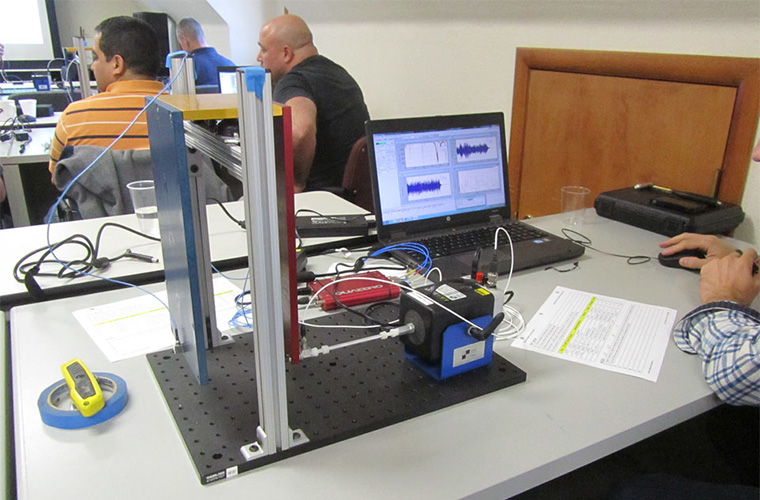 NAVCON Engineering Network has recently integrated the SmartShaker™ from The Modal Shop into its Modal Analysis Seminar curriculum. In the past,  NAVCON had one SmartShaker for demonstrating different excitation techniques to its students. Previously, seminar groups used  PCB Model 086C01 manual impact hammers to produce mode shapes. Recently, however, one pair of students was allowed to use the SmartShaker to test a metal beam during the seminar. "Their data was phenomenal," says NAVCON's Jim Steedman.

The resulting success of this group having its own shaker to work with led Steedman to order six SmartShakers for his seminar training. This way, going forward, every group in the class could have its own shaker for real "hands-on" shaker training.

The shakers, used on the assembled metal beam structure with PCB 208C02 force transducers and PCB 356A01 tri-axial accelerometers, allow students to create analytical models, test and compare tests, modify the plates/stiffeners/masses, and then retest.

"We train 100 to 110 people a year in modal testing. We like the SmartShaker a lot because it's easy to set up and the built-in amp makes it convenient. The trunnion base adds to its flexibility and the stinger kit lends itself to the easy setup," adds Steedman.