While most sound and vibration measurement professionals are familiar with the sweeping implications of ISO 9000, many users are not aware of the level of detail available in ISO 16063. The ISO 16063 standard governs the methods for the calibration of vibration and shock transducers.

Direct response is the transducer’s output to the primary input or measurand.  The sensing element of a vibration transducer is designed to measure the translational acceleration in a single direction.  (Triaxial accelerometers have three separate sensing elements to measure the acceleration in three orthogonal directions – essentially three individual sensors in one convenient package.)  Its direct response is the frequency response output of the transducer due to a mechanical vibration input aligned with its sensing axis.  Ideally, this includes testing for a flat frequency response in both magnitude and phase, as well as straight-line linearity over a given range of amplitude inputs.  In fact, the continued validation of this frequency response for magnitude and phase is the fundamental output of the regular calibration of your accelerometers. 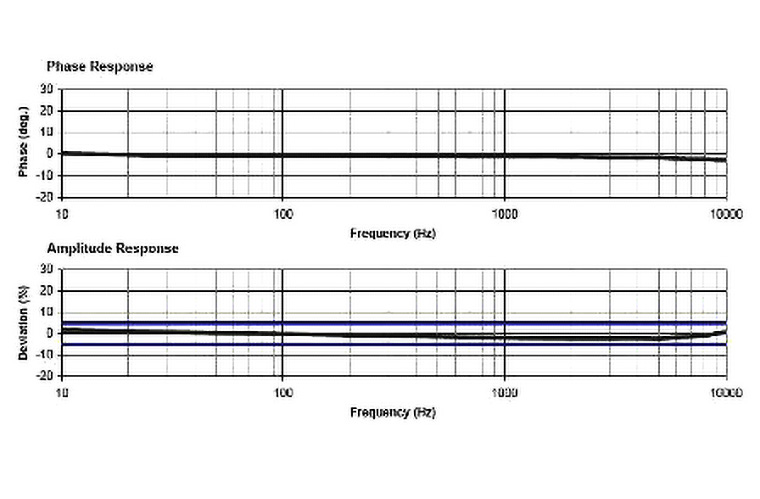 The bulk of the remaining parts of the 16063 standard describe in detail various primary and secondary methodologies of calibrating a transducer’s frequency response, or its direct response as described previously.  A back-to-back comparison method is the most common way of accomplishing this accelerometer calibration, covered under 16063-21.  This calibration technique is generally used by transducer manufacturers on their production lines, as well as by metrology labs providing recalibration services.  Less common but higher accuracy primary methods include laser interferometry (covered under 16063-11) and reciprocity (covered under 16063-12).  Given a substantial price difference between commercially available laser primary calibration systems and back-to-back comparison calibration systems, the use of the higher accuracy primary calibration methods is generally limited to national metrology labs and some of the transducer manufacturers.

In the coming months, we’ll start to investigate the details of the most common methods of standardized calibration.  The table below provides an easy reference on the component parts of the standard.