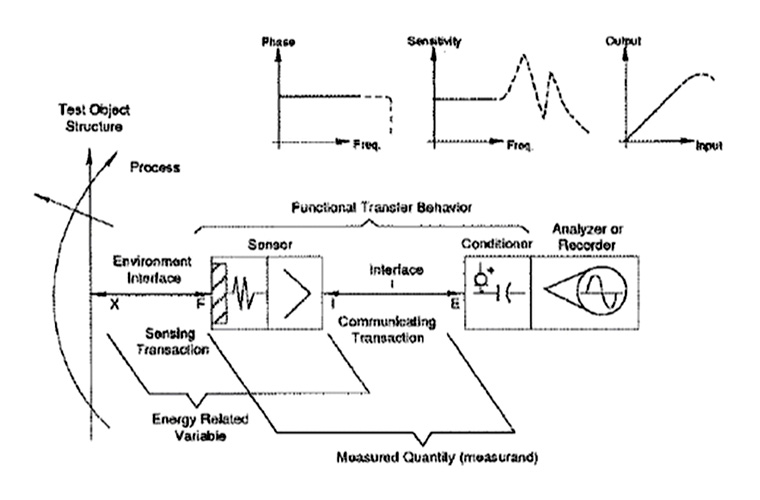 Some time ago, a bright engineer or scientist observed that we can use structures and the natural way structures interact to sense and communicate information.

If you take a simple structure manifesting some special physical law or effect, calibrate it, attach it to your test object and allow the two structures to interact naturally, you have just performed a measuring transaction using a sensing transducer, or sensor as they are often called.  Applying a little science, intuition and experience to this task will help insure the validity and accuracy of the measurement.

One popular natural transduction phenomenon, which mystified early man, is the piezoelectric effect.  Squeezing a crystal such quartz or tourmaline generates an electrical charge.  The simple hydraulic analogy illustrated helps explain the piezoelectric effect.  A saturated sponge resembles a crystal saturated with electrons.  As any material, both are elastic and deflecting either one with a force liberates a quantity which fills a container to some head or potential, representing the applied force.

Remember from your studies that it is the nature of structures to interact.  And the interaction between structures occurs as energy transferring transactions always involving two variables, effort and motion, whose product is energy.  Either one of these two energy-related variables can be used to communication information.  Once again nature has been good to us, but not without demanding her due.  Because of the very nature of this process, we can never measure a quantity without changing it.

The basic principle of transduction is a popular one today: conserve energy.  For valid measurements not appreciably changing the quantity being measured, the rules are simple.  When measuring an effort variable such as force, pressure or voltage, select a relatively stiff transducer that greatly impedes motion.  When measuring motion or flow, choose a relatively light weight or compliant sensor that readily allows motion.  Sometimes it is possible to change the characteristic (e.g. mass or stiffness) of a sensor installation to determine the effect on the quantity being measured. 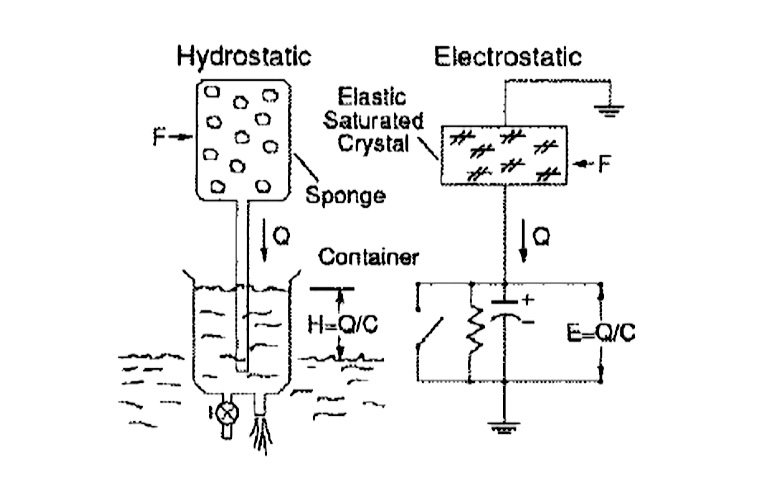 The amount of change in the quantity being measured that can be tolerated depends upon the purpose of the measurement: research, test, control or calibration.

Through a series of such sensing transactions, transducer structures function to transfer physical quantities into electrical signals, more convenient for recording or analyzing.

Behavior objectives for sensor systems are straight lines relating input and output, and their ratio (sensitivity) with frequency.  In other words, ideal sensors treat amplitudes proportionally, treat frequencies of interest the same, and do not delay the signal.  Real transducers, because of their very structural nature, distort, delay and degrade the information being communicated.  Processing adds noise.

Since test results and modes created from test data reflect the combined behavior of the test object, fixturing, instrumentation and computer, it is quite important to know something about the function, structure, behavior and calibration of sensors.