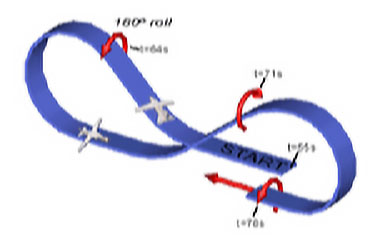 Of the various testing and evaluation methods, flight test is by far one of the most important in the development, design, and validation of an aircraft. Mathematical models, safety, comfort, and performance targets are verified through specific testing of each aircraft system under real flight operating conditions.

An airplane’s structure, landing gear, engines, electric, hydraulic and other systems are evaluated, as well as real-time monitoring of temperature, pressure, vibration, load, displacement, flow, and other physical quantities. Tests explore and validate the flight envelope, structural flutter, aircraft stability, natural stalls, handling qualities, and others. Data is typically stored by on-board data acquisition systems and backed up on the ground via telemetry stations.

Flight tests are very costly, as testing time allotment and number of prototypes are limited. Extensive preparation and meticulous prior setup for such tests are absolutely critical, and there is little margin for error. To ensure the best possible results, separate measurement validation channels must be incorporated into the design of the measurement system itself.

There are many instrumentation challenges encountered when acquiring physical measurements in the extremely demanding environments typical of most flight tests. Of such challenges, Dr. Patrick L. Walter, dynamic measurement instrumentation expert, noted, “For an aircraft, a test engineer might encounter temperatures on the tarmac as high as +54 °C (+130 °F). In flight, external temperatures may drop to -35 °C (-30 °F), …and rocket systems encounter much greater temperature extremes. Aside from influencing various sensors, these temperature variations can result in internal condensation and/or ice formation, which attempts to lower electrical impedances in the components of the on-board measurement system. Additionally, strain and acceleration are induced into a flight system’s structure at various times due to turbulence, engine and motor burns, jettisoning of equipment, ordnance release, sonic booms, staging separation, and more. Acoustic noise is transmitted through the air frame or structure to its interior. Some events in the preceding list that induce acceleration can result in high levels of pyrotechnic shock. At both anticipated and unanticipated times in flight, radars may illuminate the flight vehicle. In addition, radio frequency transmissions can be received by and emitted from the vehicle. Thunder and lightning storms, as well as snow and sleet, can be randomly encountered, producing mechanical, thermal, and electrical inputs to the flight vehicle. Lastly, flight test vehicles can contain as much as 50 miles of routed instrumentation wiring. A significant number of these wires carry only millivolt-level signals, exacerbating the challenge of maintaining an adequate signal-to-noise ratio.”

Within this often volatile measurement environment, perhaps the most demanding of flight test instrumentation challenges is successful acquisition of dynamic measurements, such as sound and vibration data, which is typically achieved via accelerometers. Two types of accelerometers typically employed are piezoelectric (sometimes called AC responding); and capacitive or piezoresistive (often called DC responding). Their roles are dictated by the frequency ranges at which they are capable of making accurate measurements.

The piezoelectric (AC) accelerometers used in flight test can be calibrated in two ways: